It’s time to write about my dad.  I’ve put it off, distracted myself with posts about races, about my journey as a runner, and now there’s no escaping the fact that I chose the Rite Aid race because it is close to the anniversary of his death.  I was reminded of him as my birthday came and went this year.  There was no phone call at 3:23pm, the minute I was born.  There was no voice mail of him singing the birthday song beginning to end.  There was no card with his careful handwriting.  As Thanksgiving and Christmas approach, I know there will be no surprise bags of gifts at my back door, my Dad’s preferred method of delivery.

To be clear, my father was no angel.  In fact, many would instead describe him with various profane nicknames, which my father would have told you that he deserved.  He was a big man and spent much of his life doing things to excess.  My parents divorced when I was 9 years old,  leaving my mom to raise three of us and my dad to live his big life elsewhere.  He did little to support us and ultimately bowed out of parenthood all together.  I grew up not understanding his rejection and, even more so, not understanding what could be better than us.  My dad made attempts at reclaiming us, seeking me out once he was sober and getting his life together, but my teenage brain saw nothing but a man who had given up on me.  After becoming a parent myself, growing to understand alcoholism, and simply growing up, I found him again and found the courage to forgive him.  I had four short years with him before he died.  Four short years of getting to talk to him as an adult, getting to seek advice from him as a confidante and only four birthdays of listening to him sing to me on the phone. 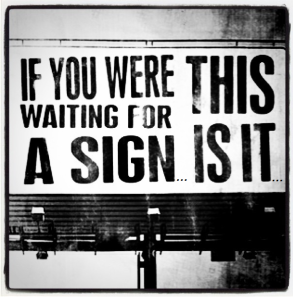 May and June of 2012 were difficult months for me.  I was in my last week of teaching when my dad passed, a stressful time of year that requires stores of endurance, similar to those required for distance running.  I was also in the middle of training for my first triathlon.  I was supposed to be giddy, a teacher entering summer vacation, about to spend time at the beach, on my bike and running.  Instead, life suddenly seemed bleak and everyone in it seemed foreign.  I contemplated bowing out of the triathlon, but I remembered how much my dad loved his bike and quitting suddenly seemed wrong.  I also knew that the route of the bike portion of the race would pass by his house, giving the race even more meaning.  The triathlon was ultimately a struggle for me.  I had to stop swimming for a minute or two after panicking and swallowing water.  I thought about taking the DNF and moving on, but I kept going and exited the water well behind my goal time.  The day had quickly gone from cool to warm and a hot breeze seemed to blow the entire time I was on my bike.  As I passed my dad’s house I had another tough minute, wondering how I would get through the next few miles and the final 5K run.  At the next turn I found a lone family standing on a corner and cheering with signs that said “GO JESS!  YOU CAN DO IT!”  After a few confused seconds I realized that this was NOT my family, but some other Jess’ clan.  I’m not a religious person, spiritual at best, but that was MY sign.  I actually waved to these people, who were probably equally confused, and called out a “Thank you!” intending that message mostly for my Dad.  I finished that triathlon, not with an amazing time, not with an award in hand, but I finished it.  I’ll do the same for the Rite Aid in six months and I’ll look for some more encouraging signs along the way.