We welcomed in winter here in Cleveland today. And Mother Nature arrived with a bit of a flourish, dumping over 7 inches of snow on the east side of the city. I had two yoga teaching obligations today and left for appointment number 1 with a few extra minutes to account for the weather. I needed more than a few extra minutes. I soon discovered the highway to be snow-covered and only lightly plowed, cars around me driving slowly, braking often, skidding and sending slush flying back at my windshield. I crawled to 25mph in the slow lane, just trying to stay on the road and downshift to brake and avoid spinning out.

A few miles in to my journey, I started to see more and more flashing lights. Ambulances and police cars traveling ahead of me and in the opposite direction on the freeway. As I began to question my decision to leave the house at all, I spotted an SUV that had clearly spun out and hit the guard rail. The side of the driver’s door was smashed in, the car turned to face the wrong way on the road. Thankfully, the car was in the far lane and had come to a stop on the side of the freeway, out of further harm’s way. There was not a police car or ambulance in sight.

Something deep in my gut told me to pull over and try to help. Let me say that I’m not a first responder. Not first responder material either – given my likelihood to faint every time I have to get blood drawn or my children have to get shots. But that voice inside, some intuition, said that I needed to help. I parked my car in the side lane, turned my hazard lights on, grabbed my phone and ran over to the driver’s door. The woman inside leaned out the window and said “I spun out. I called 911. They said someone is coming.” And then she started to cry and asked me to open the rear door to get to her baby.

The door was smashed in. Her rear tire was flattened. I couldn’t see through the window and felt panic rise at the idea that the baby was hurt and that I was ill-equipped to help. I looked in behind the woman and a toddler peeked back at me, smiling and happy, safely tucked in to his car seat. The mother had hit her head in the collision and I saw a golf-ball sized knot on her forehead. She had spilled hot coffee all over her lap and was trying to keep it all together. I simply reached in and took her hand and told her to sit back, stay still and breathe. She began to cry. I asked her how old her son was, talked to her about what they were going to do today, tried to take her focus off of her pain. Told her I was sure that she was going to be OK, but that she would probably need a tow truck and a check up for her head. We talked about the weather and where I was headed for the day. She said thank you, again and again.

The police arrived and I saw ambulance lights in their wake. I explained that I had just stopped to help and they kindly took over. I squeezed the mother’s hand and got back in my car and drove away.

I came home to social media feeds overwhelmed with complaints about the snow, bitter statements about people who waited in traffic for hours. I’ve been there. It’s not fun and it’s easy to curse the weather, Northeast Ohio and the drivers that caused your commute to triple in time. But, today, I had the chance to see what that person feels like – the one causing the holdup, the one with the car that was brand new and wrecked (as was this young mother’s), the one with the baby in the back that she couldn’t reach, the one with the fear and panic that came from sitting on the highway alone, waiting for help. If you’re safe in your car, whether your commute took 1 or 3 hours, if you’re home, uninjured with your family, think twice before you complain. Think twice about cursing the driver in front of you or the car on the side of the road that caused the traffic jam. Take a moment instead and consider them with compassion and human kindness, be it with a prayer or a loving thought. Find peace in your journey and gratitude in your heart. 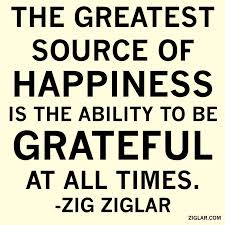